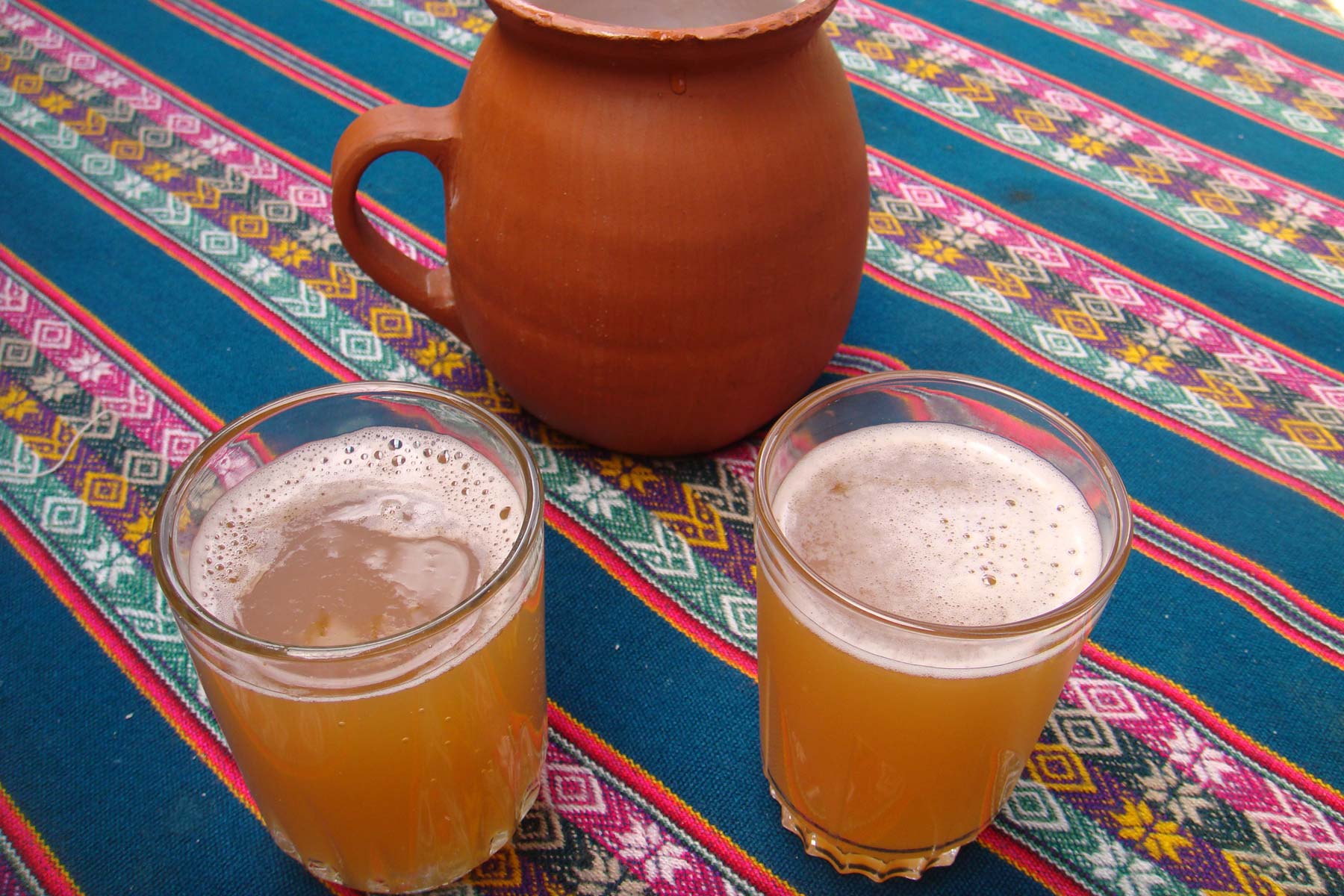 Corn was one the main crops cultivated and yielded by the famous Inca culture. Like pototoes or quinoa, the pre-Incas were one of the first to grow it and as a result created many different varieties. There’s some with enormous kernels and even some corn that’s completely purple.

Corn is often featured in many of the typical Peruvian dishes, as a side course, appetizer, or even beverage!  Corn is the main ingredient in a Peruvian beverage called Chicha!

Chicha is a general word which refers to two kinds of beverages: an alcoholic and a non-alcoholic one.

Chicha de jora is prepared from a specific kind of yellow corn (maize jora) grown first from the Andes. Chicha de jora was very well known during the Incas empire where it was used for ritual purposes and consumed during religious festivals. Sounds like fun!

Chicha de jora is prepared in the fermentation process, which usually takes several days. It is one of the cheapest and most popular beverages. For less than $1 you can order a whole liter of that tasty corn beer.

It is alcoholic drink, but also not as strong as your traditional beer. It is a lower percentage, approximately 1–3% abv. However the temptation is that chicha de jora is incredibly tasty and refreshing. If you’re not careful and you drink too much on a hot day, you might become quite drunk! 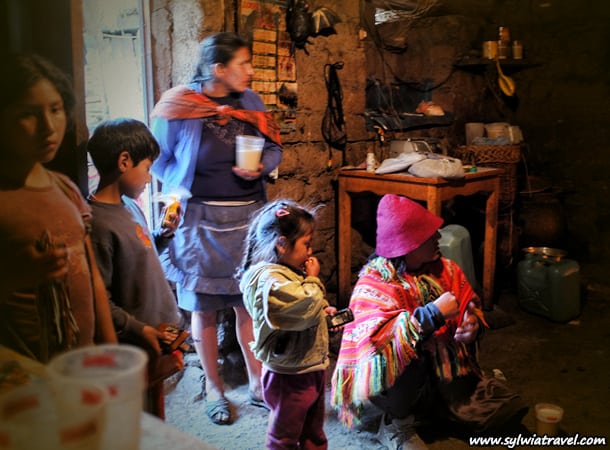 Andeans people also say that chicha de jora drunk regularly adds vigor and strengthens the body. I cannot confirm this, because I personally haven’t sampled enough, but if all locals talk about these additional benefits from drinking corn beer then i guess there is no reason not to believe them!

I wonder if we can also assign the same benefits to European beer?  For me the only known effect of normal beer is the one connected with so-called “beer belly” Which probably has little in common with either vigor or strengthening.

It is also being researched as an anti-inflammatory agent on the prostate. Go figure.

Where you can taste Peruvian chicha de jora?

You can taste corn beer chicha in the south of Peru. It is sold in every small town, village and the residential neighborhoods of the larger cities. Usually chica de jora is sold in so-called “chicherias” – which is usually an un-used room of a house or a kitchen. 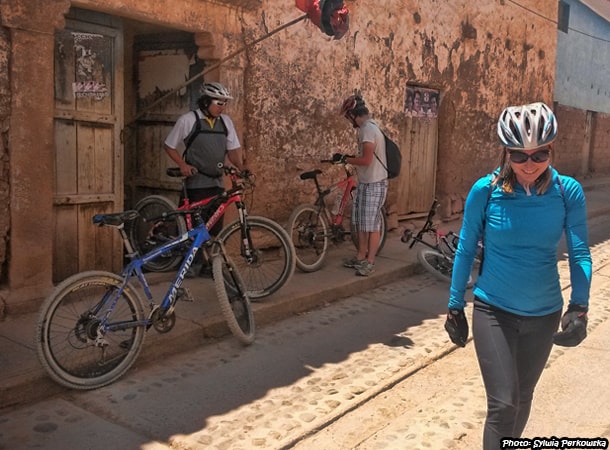 The hallmark of this corn liquor is a piece of plastic bag or flag (usually red or blue) hanging on a stick, which extends in a characteristic way from the fence (if there is any fence) hanging over the road or from the opened door. 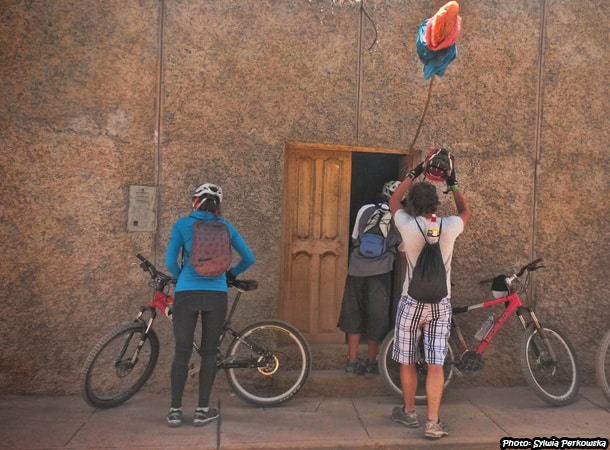 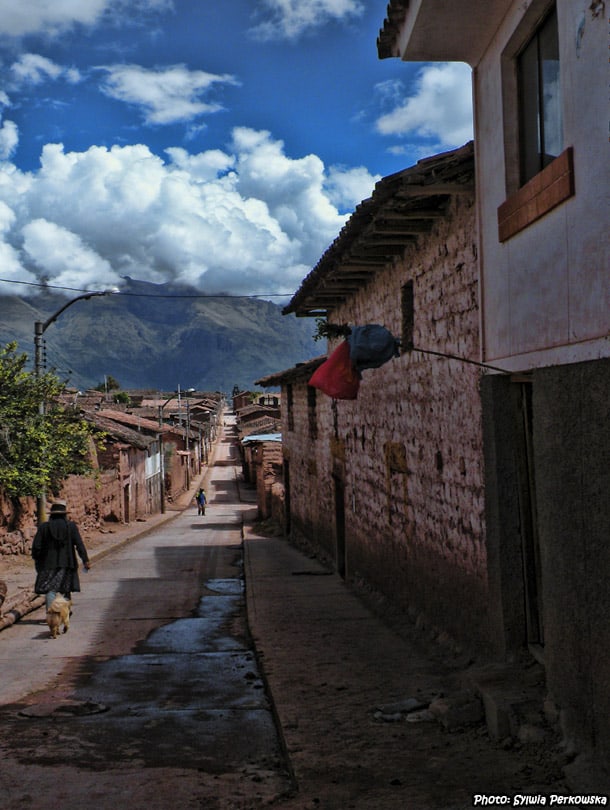 If the stick with the plastic bag disappears, it is a signal that corn beer disappeared too :-). Removal of the sticks with plastic bags or flags after when the beverage is sold is a very good idea. Thanks to that, the customers of chicha de jora will have clear knowledge about the availability of their favorite drink and know to hunt for another.