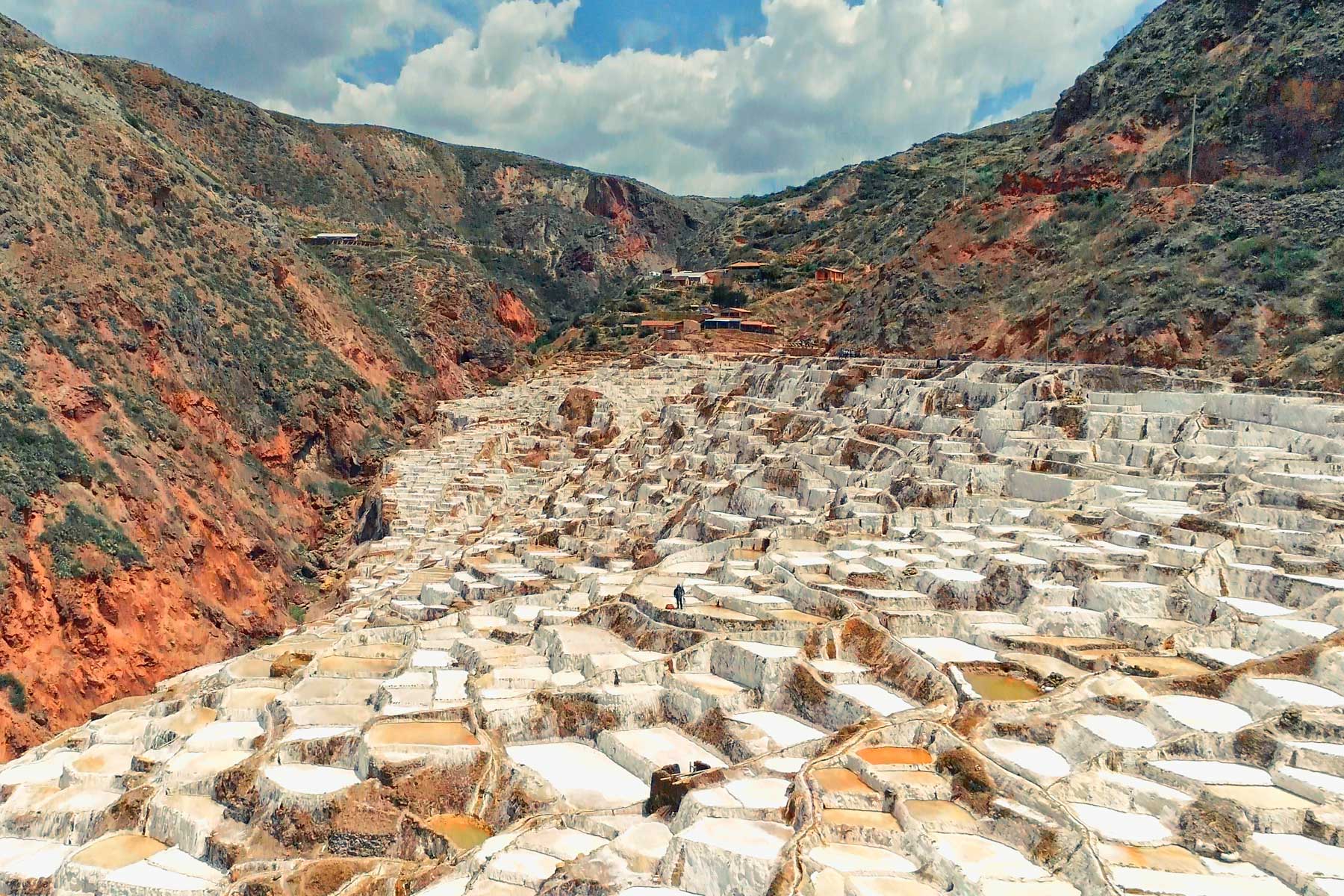 The Sacred Valley is most famously associated with Machhu Picchu, and images of splendorous vistas along the Inca Trail. However the Sacred Valley is in fact brimming over with ruins, natural wonders, and living breathing indigenous cultures. It is possible to spend a week in the Valley seeing something new every day and never coming close to Machu Picchu. If you would like to discover the secrets of the Sacred Valley we recommend TOUR the Valle Sagrado and Machu Picchu.

On the valley floor you will find magical little villages with architecture of the colonial era. On the mountainsides lie ruins, some nearly fully intact, of the Incan empire at its height. Agricultural laboratories and royal villas with views that will compete with the ruins in terms of which is most breathtaking. Finally the natural wonders of the High Jungle and the Salt Mines 3000 meters above sea level will transport you to another time and world before the impact of humans.

It is just 15 kilometers from Cusco and extends between the towns of Pisac and Ollantaytambo, parallel to the Vilcanota-Urubamba River. The valley was Sacred to the Inca due to its success as the wealth production center of the empire.

Discover why they call the Valley Sacred

From banks of the Vilcanota-Urubamba river large swaths of crops reach out to the slopes of the mountain range. From there you can see the famous terrace farms of the Inca. The landscape is crowned by the Pitusiray, Sahuasiray, Verónica and Chicón peaks which are eternally snowed. The ancient towns and fortifications in the valley were placed strategically to spot and repel invaders.

The land in the Sacred Valley was and is incredibly fertile, which is believed to have a hand in the Incan development of terrace farming to make the most out of the space that was available to them. Did you know that pre-columbian incursion there were several thousand types of potatoes grown in the area, now only around 300 survive.

Ancient Citadels and fortresses dot the valley. The first, and one of the most important is Pisac. It is located in a rocky enclave and was the control center of the valley. To get there you will have to walk along trails that border caves and tunnels built in the rock. We recommend that you go with proper shoes. Enjoy the scenery but watch your step as the route is complex and steep in places.

In Pisac you can find one of the largest precolonial cemeteries in the Americas. Each week there is a Quechua mass for the dead that you can take part in.

The historical importance of Pisac is for having been a defense fortress at the foot of the Eastern Andes. Access was controlled from Paucartambo to the thick jungle of the Peruvian Amazon. Although there is no accurate information about Písac having been fundamental in the defense of the Incas against the Spanish invasions. The site is also famous for its Astronomical observatory.

Ollantaytambo, The Jewel of the Valley

Ollantaytambo was a city considered most beautiful in its time. It is an example of the intricate urban planning and construction techniques employed by the Inca. It has a system of irrigation ditches that irrigate the fields and their houses are built of adobe and straw. It has a citadel in its highest sector and boasts a temple built with megalithic stones brought from the other sector of the Sacred Valley. Ollantaytambo was one of the few places where the Incas successfully resisted the invasion of the Spanish.

The town conserves in the base of its constructions the original architecture of the Incas. Its streets are made of stone and it is in a strategic place within the valley. Close to Ollantaytambo is the “Sun Gate”, or Inti Punku, on the top of a mountain. It is a trekking with spectacular views of the entire valley. You can also visit the ruins of the citadel that are on the side of a mountain.

Maras, Moray and Chinchero, unmissable places in the Valley

Discover the mysterious circles of Moray. Visit the community of Maras, where salt was extracted for the empire and is still mined today. Do not miss Chinchero and be dazzled by Qenko’s zigzag channels. Rolling down the slopes you can see how it was cultivated on the mountain at 45º with platforms that are an admirable work of agricultural engineering.

Maras is only an hour and a half from Cusco. Near the town and more than 3,000 meters high are the salt mines. You will discover hundreds of wells from where salt is still extracted to market.

In Moray is the famous Inca agricultural laboratory. It is a work of incredible ingenuity. Its platforms allowed experimenting with crops at different heights to improve food production.

In Chinchero you can enjoy the best crafts of the region. Learn how fabrics are made in this small town of colonial streets. It is a place with a very important history and its people are friendly so we recommend you to visit this beautiful place.

The Sacred Valley is one of the most important regions of an empire that extended from southern Colombia to central Chile and northern Argentina. Before going straight to the Inca Trail and going up to Machu Picchu, relax and marvel at all the jewels that the Sacred Valley has. We recommend that you enjoy the Sacred Valley of the Incas in depth and with time. We have many options, such as TOUR Cusco 7×7 so you can venture to incredible places