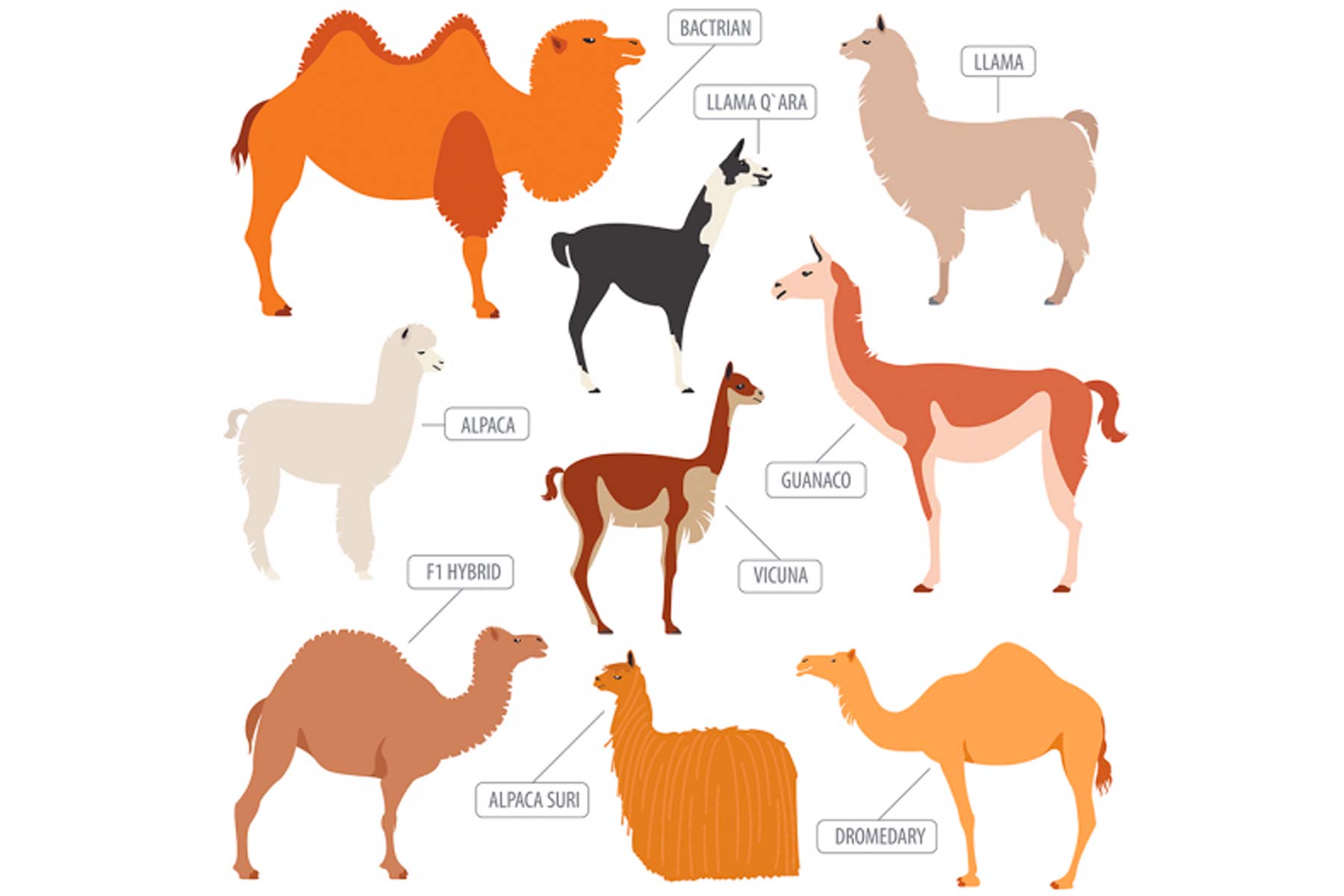 One of the most common associations with the Andes of Peru (besides Machu Picchu) would be those long-necked critters known as Llamas, and of course Alpacas. However their relatives both the vicuñas (vi-koo-nyas) and guanacos (gwa-nah-kos) are a little bit less familiar.

All of these animals of the Andean landscape are known by their family name, Camelids which also includes camels.

Although similarly related, it’s easy to tell apart an alpaca from a humped camel. BUT do you know the difference between an alpaca and a llama? How about the relatively unknown vicuñas or guanacos? Can you tell them apart? 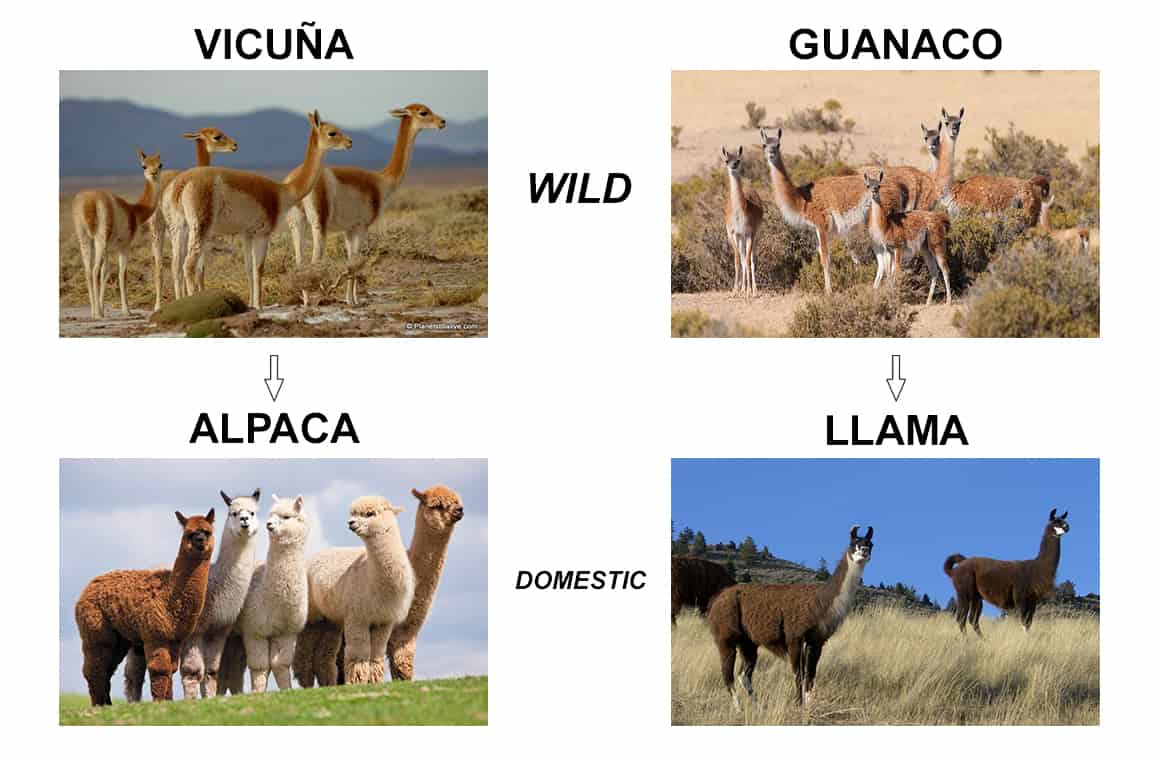 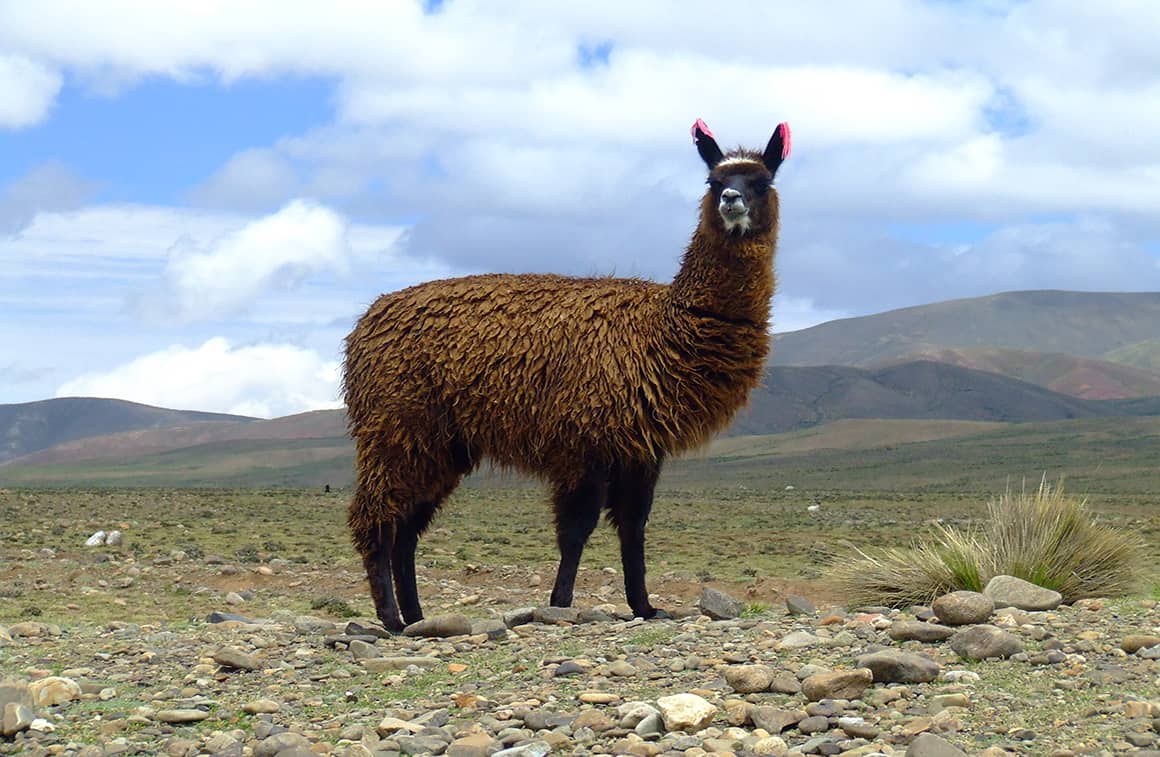 Widely used as a pack animal by those living in the Andean countryside. Their wool is not as refined alpaca fleece and their heads aren’t quite as furry. Llamas are more independent and typically less jumpy than their smaller cousins. Because they tend to be more aggressive, they are sometimes used as guard animals for alpacas, sheep, and other livestock.

Two ways to tell a llama from an alpaca are their banana-shaped ears and larger bodies, weighing up to 400 lbs. 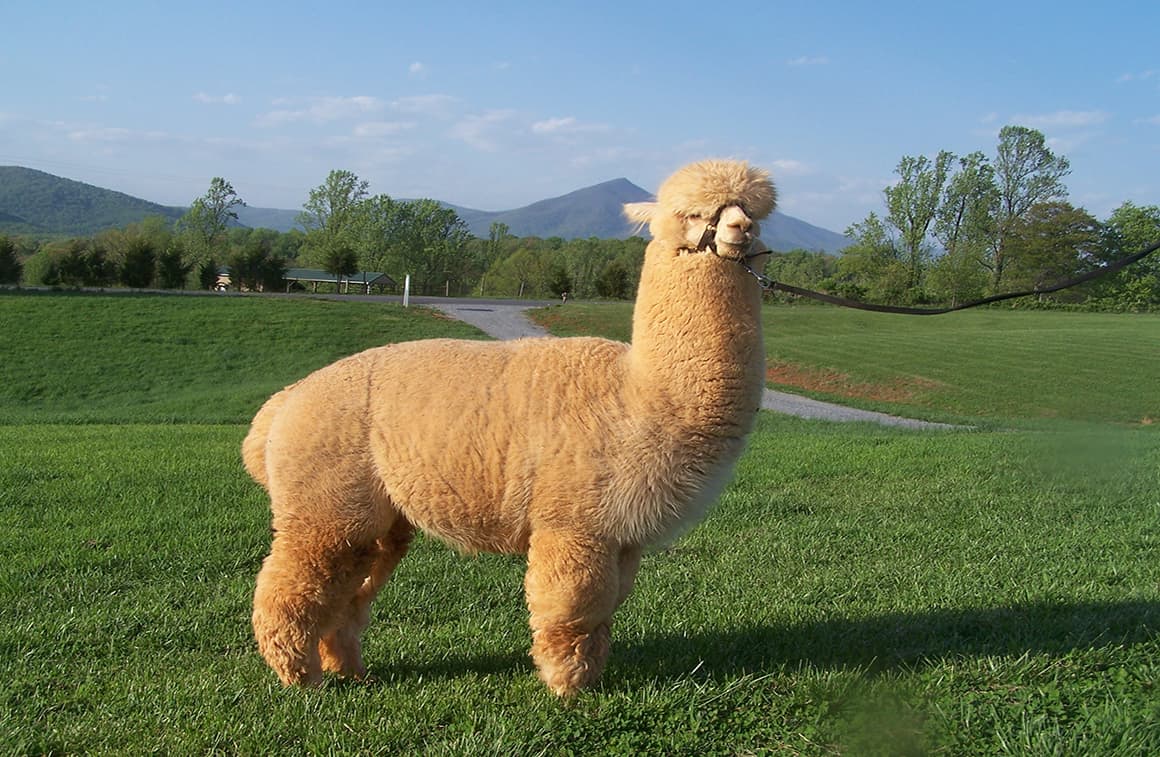 For more than 5,000 years alpacas have been bred for their wool, renowned for its quality and softness. They have also been bred for their meat, so alpaca-based dishes can be found throughout Peru. Being herd animals, they are comfortable in a community.

Their short ears, flatter snouts and smaller frames distinguish them from llamas. 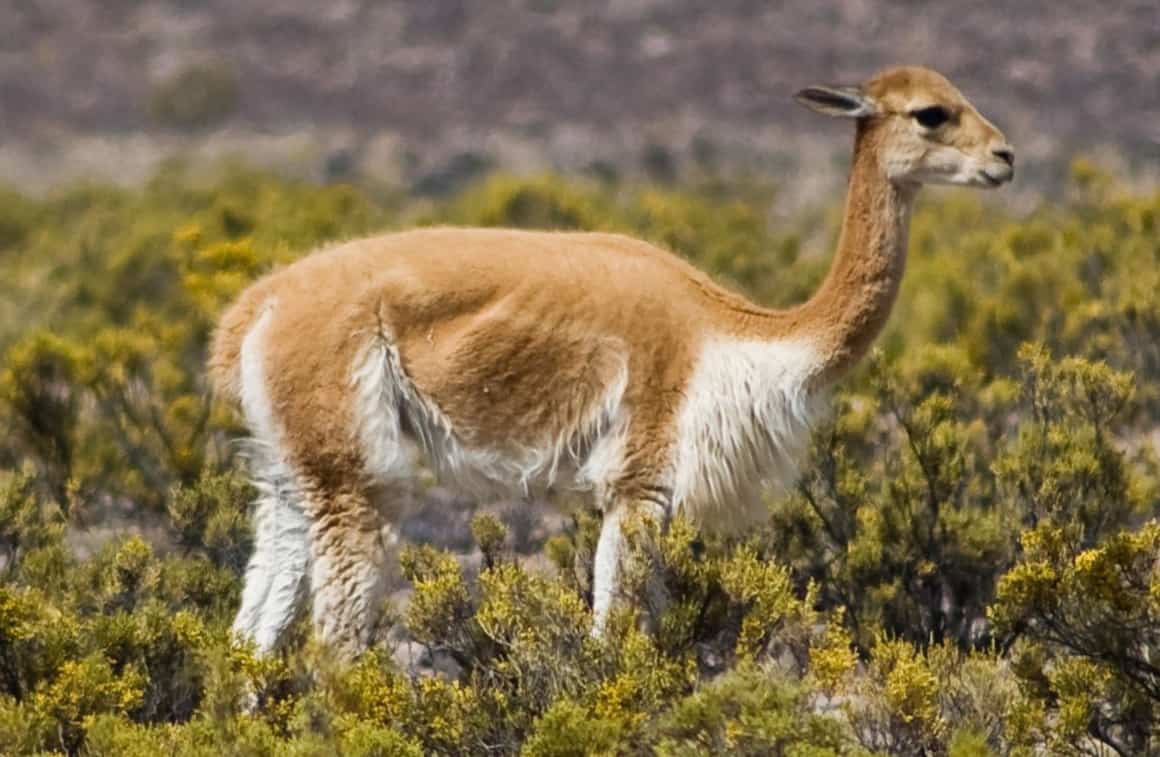 Vicuñas are the national animal of Peru and appear on the Peruvian coat-of-arms. They can be found throughout Argentina, Chile, and Bolivia, where their population is highest. Their wool is extremely fine and expensive, owing to the fact they can only be shorn once every three years. Only royalty are permitted to wear clothes made of vicuña wool. 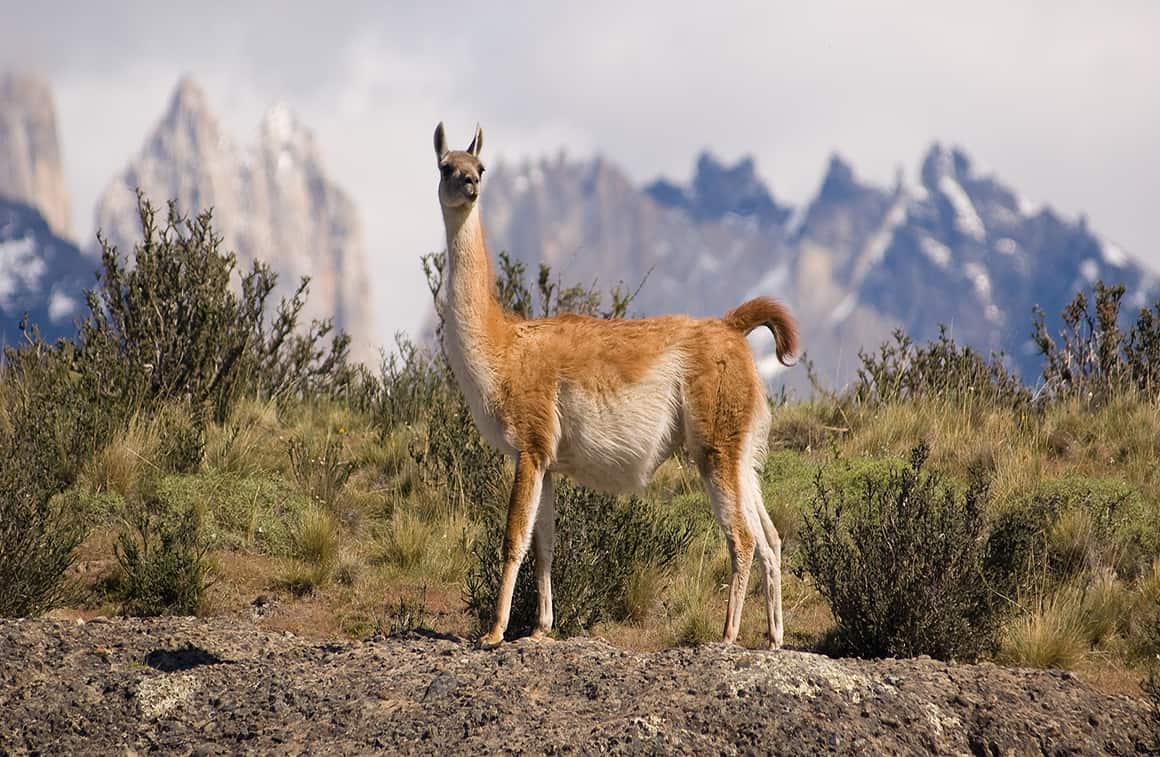 Guanacos are one of the largest wild mammal species found in South America, along with the manatee, the Amazon river dolphin, the tapir, and the jaguar.

The guanaco has thick skin on its neck, a trait also found in its domestic counterpart, the llama and in its relatives, the wild vicuña and domesticated alpaca. This protects its neck from predator attacks. Andean people use the neck-skin of these animals to make shoes, flattening and pounding the skin to be used for the soles.

Now you know about Camelids!

Llamas and alpacas are incredibly dignified, elegant, and graceful. The fleece of the alpaca is most delicate and can be found in many forms in Peru – scarves, sweaters, jackets, even socks! It is not itchy as sheep wool is very soft and warm. Of course it is meant to keep alpacas warm in the high altitude regions of the Andes!

If you are interested in seeing these creatures then head to the Cusco Region and the central Andes, where they walk among the countryside and the towns. 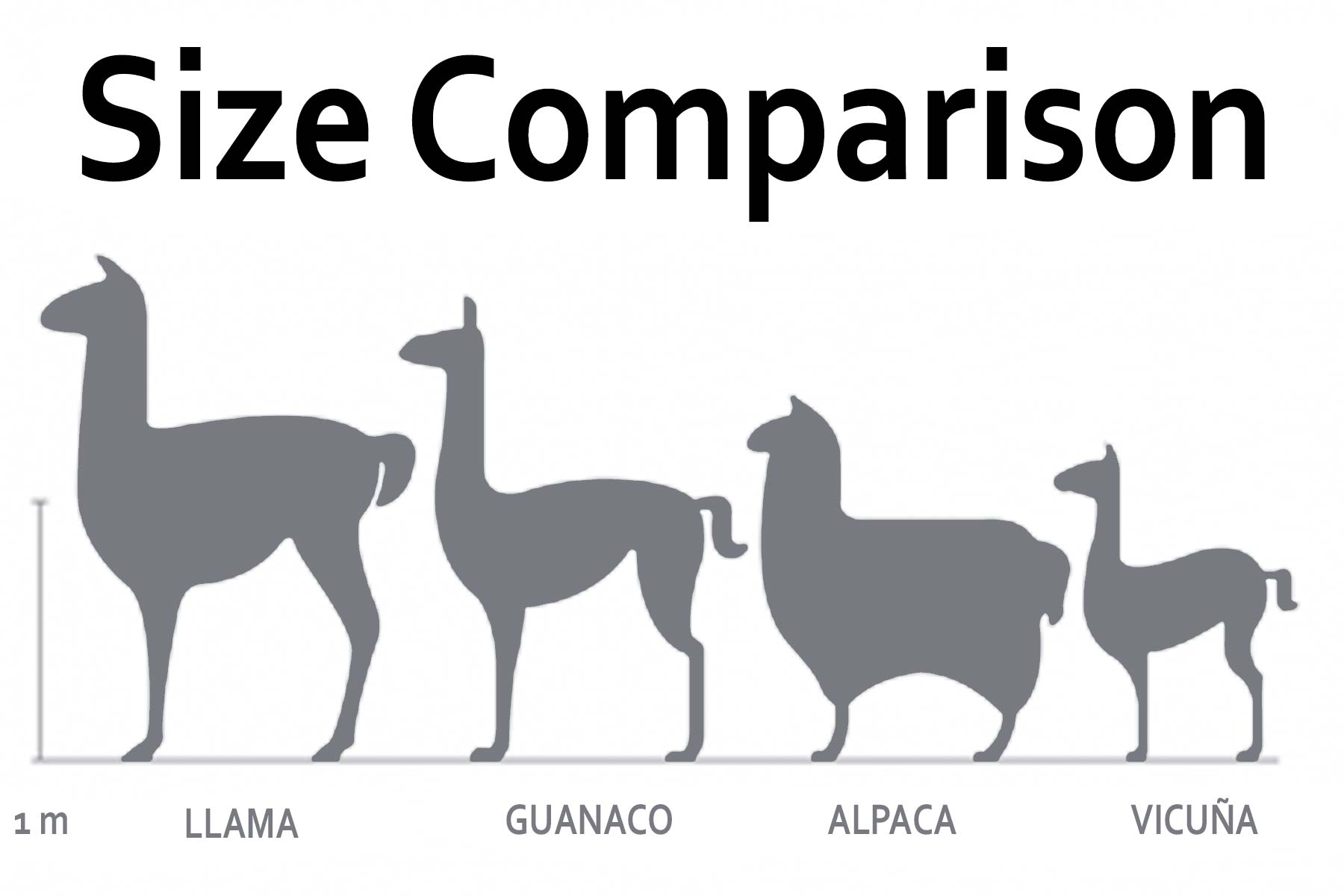