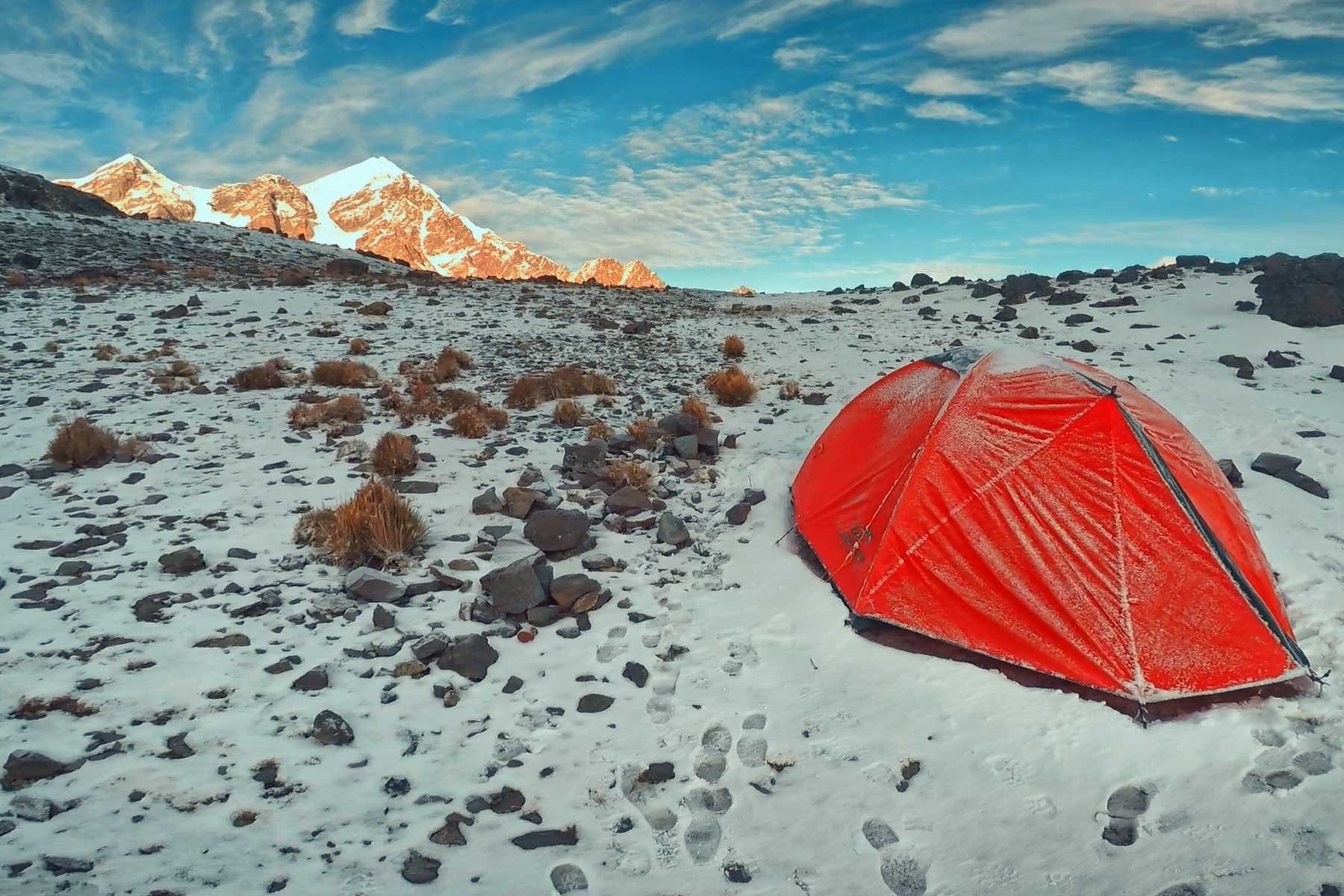 Ausangate is the 5th highest mountain in Peru, topping out at 6,384 meters above sea level. Less well known than other surrounding attractions the mountain is gorgeous and the ultimate representation of the southern Peruvian Andes. The landscapes and views from Asungate are one of a kind and the mountain is just 100km southeast of Cusco.

Ausangate (Awsanqati in quechua) had deep cultural significance during the rule of the Inca. The word APU is used in relationship to Ausangate and other mountains of the Andes. APU means “mountain” but also refers to the “mountain spirits”. The Incas honored the “apukuna” (plural of APU in Quechua) with offerings. They did it because these spirits watched over humans, peoples, animals and crops. The offerings were usually of coca and chicha (corn-based drink). But in times of greater despair human sacrifices were also made. Ausangate is one of these protective spirits together with Salkantay (protector of Machu Picchu) and many other mountains.

In Incan legend Asungate and its lakes(Sibinacocha being the largest) appeared as masculine gods from whence the energy to fertilize Pachamama(the earth goddess) came. In the legend the water flowed daily from the mountain to fuel the richness of the amazon and returned each night from the milky way.

Between the snow-capped mountains of Ausangate and the Sinakara, is the Coyllur Riti Sanctuary, popularly known by the local inhabitants as Taytacha Coyllur rit’i, meaning “Lord of the shining snow”. Every year between the months of May and June, the festival of Coyllur Riti is celebrated from ancient times. Celebration during which thousands of Quechua pilgrims to the Lord of Coyllur Riti. This ritual is associated with the fertility of the earth and with the worship of the Apus (hills, gods, tutelary), it is considered one of the largest indigenous national holidays in America.

Where exactly is Ausangate?

This imposing mountain is 100 kilometers southeast of Cusco. It is located in the district of Ocongate, in the province of Quispicanchi in the Vilcanota mountain range. Visiting the Ausangate is considered an adventure tourism activity. You can do trekking on its slopes and contemplate unimaginable landscapes. Our Ausangate 7 lagoons tour is one of the best options for you to discover this valuable destination of Cusco.

The climate is generally cold in the area, although at night temperatures drop below 5 ° C. On the other hand, during the day it can be up to 20 ° C. It also has cold winds during parts of the day. The weather is unstable since there may be rain and snowfall at any time.

How to get to Ausangate

It is best to leave very early from Cusco. The trek can last between 6 and 7 hours so it is convenient to camp for lunch, recharge energy and enjoy the snowy peaks of the Vilcanota mountain range. During this walk you will get to know small villages hidden in the Andes, you will observe colorful lagoons at the foot of the mountain and herds of llamas and alpacas. For much of the journey you will appreciate the majesty of Ausangate from different points of view so your camera will be filled with beautiful photos.

Ideal season for a trip

The best time of year to do any route in this part of Peru is May to December, during the dry season. The very best times are between June and August.

La mejor época para hacer rutas en esta parte del Perú es de mayo a diciembre, durante la estación seca. Intenta priorizar los meses de junio y agosto. Instead, try to avoid traveling during the period from January to March because it is quite rainy. Not only is it unpleasant to walk on a path that turns into a slippery quagmire, it also increases the danger of landslides or falling rocks.

Keep in mind that the walk through the Ausangate takes place at almost 4,900 meters above sea level, so you have to be well acclimatized to the altitude. Do not venture on this journey until at least having been 5 days in Cusco. How you will have the possibility of camping we recommend that you go prepared. Do not forget to go warm, with comfortable shoes and a rain poncho. Keep in mind these tips in as they apply to to the other high mountains such as Mountain of Colors Vinicunca.

Your trip to Ausangate will be incredible. You will be able to appreciate the sunset and the sunrise with the view to the Mountain range of the 3 Picos. You will also explore native communities with their ornamentations and textiles. You will know a habitat that has nothing to do with the rhythm of big cities. You will give your body a demanding but rewarding experience. Even on your return to the town of Pacchanta you can give yourself a few hours in the hot springs that are there. Do not miss to meet one of the “protective spirits” most revered by the Incas, the fifth highest mountain in Peru. 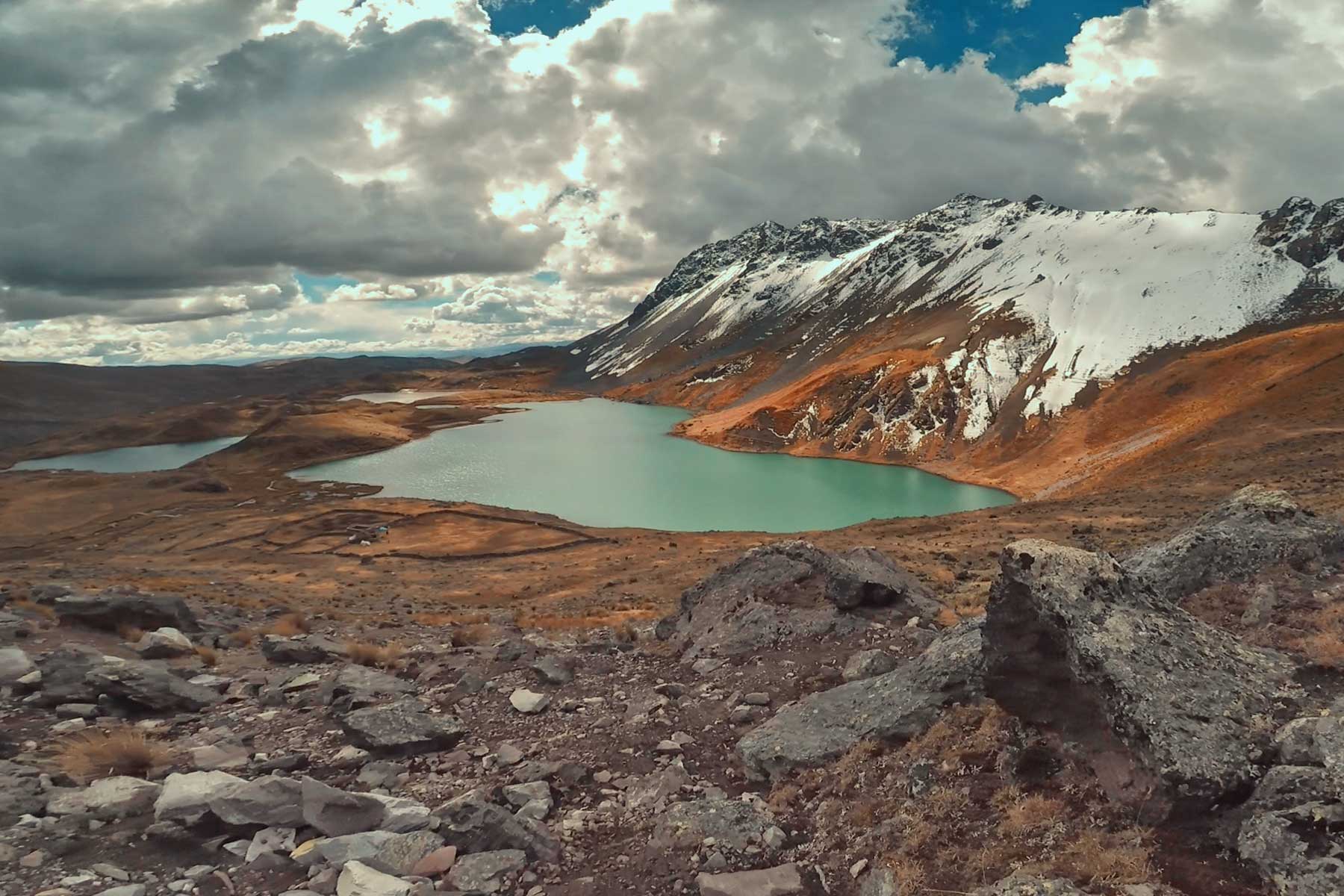