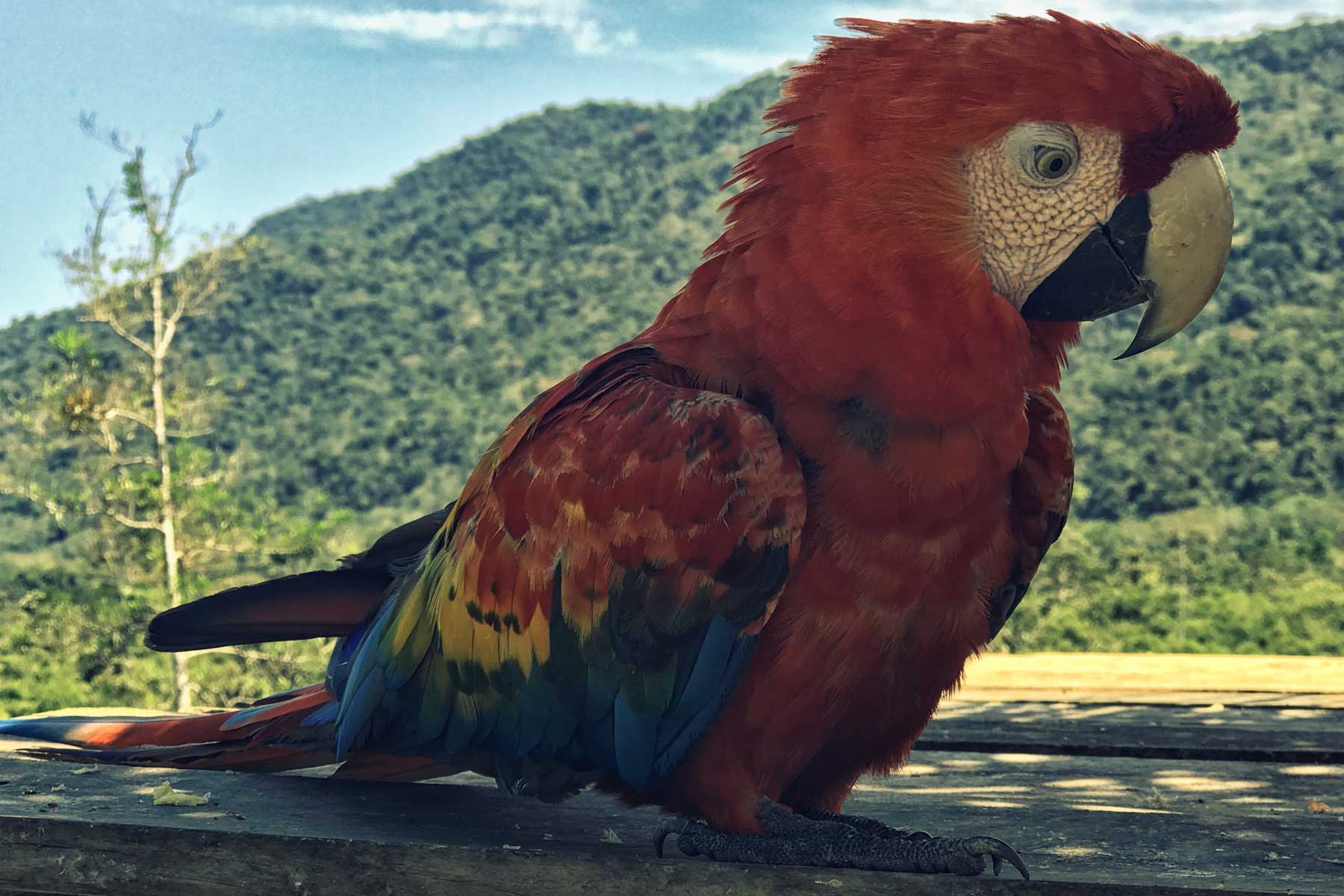 Where can I go to experience the jungle? Can I get to the jungle from Cusco? are some questions asked by people visiting the center of the Inca Empire. Cusco is surrounded by a mountainous landscape, with forests and arid areas. It feels worlds away from the jungle. However a few hours from Cusco is the Madre de Dios region, A lush jungle which is bordered by the region of Cusco and Brazil.

But what’s in Madre de Dios? It is one of the few regions of Peru entirely jungle. It boasts numerous national parks and nature reserves. We had a great adventure in this region. We visited the Manu National Park, the Tambopata National Reserve and the Sandoval Lake, the main attractions of this area.

Madre de Dios is a region rich in forests through which numerous rivers flow. It also boasts zones of enormous biodiversity of flora and fauna. It has a complex geography so there are not many land routes and there are areas that can only be reached by river transport (as in Iquitos). Madre de Dios has a warm, tropical and humid climate. The average annual temperature is 26º, and the maximum can reach 38º. The period of most rainfall is between December and March, during this time the annual rainfall can reach 1,000 millimeters. That is why its best to travel between May and October. 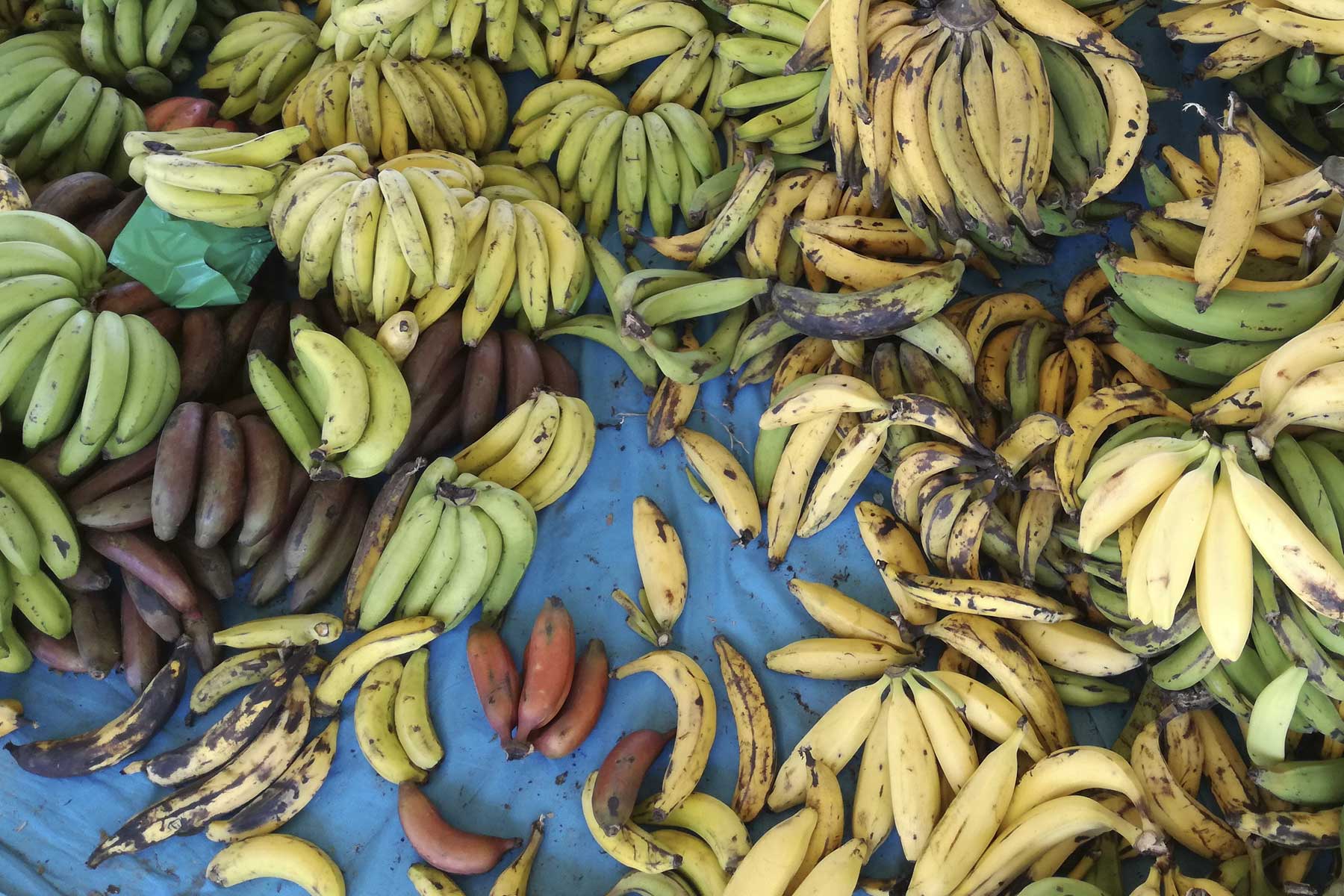 The food of the jungle

Our first impression is strong, the food is incredibly flavorful and delicious. One example is a lunch we had called Sarapeta de motela: a soup with meat from the motelo tortise, sometimes served in its shell. Another dish is the picuro roast. This dish is not well known outside the limits of Peru since the picuro is an Andean rodent found in forests and jungles. Its meat is seasoned and roasted and then served with various vegetables. But there are many more options, exotic ingredients abound.

The importance of the protected area within Madre de Dios

Before starting our trip through the jungle near Cusco, a brief clarification is necessary. A national park (like the one in Manu) is a protected natural area where the direct use of resources is not allowed. On the other hand, in a national reserve it is possible but with regulation. That is the fundamental difference. What they do have in common is the zoning of the region, which is divided into: strict protection zone; tourist and recreational use area; special use area; recovery zone; cultural-historical zone. They explained this to us as soon as we asked about Manu and Tambopata.

Recommendations for enjoying the Jungle

The first, rather than a recommendation, is a necessity: to get the yellow fever vaccine. It is essential throughout our journey through the lower jungle. We carry repellent; sunscreen; comfortable and clear clothes; trekking shoes and sandals; a raincoat; Flashlight; hat; and also binoculars (although this is optional, if you have it all the better).

Our experience started in Manu National Park. There are two ways to get here. We went first over land to the border then on a boat into the heart of the park. It is however also possible to fly in from Cusco to the regional capitol of Puerto Maldonado, then take transport into the park. Both are interesting adventures in their own right.

It happens that 30 native communities that speak Quechua as their mother tongue live within the park. They preserve old traditions and customs. This region is home to Amazonian native populations such as the Matsiguenka, Amahuaca, Yine, Amarakaeri, Huashipaire and Nahua peoples. And there are even other communities that are called “uncontacted” because they voluntarily decided to live in isolation. 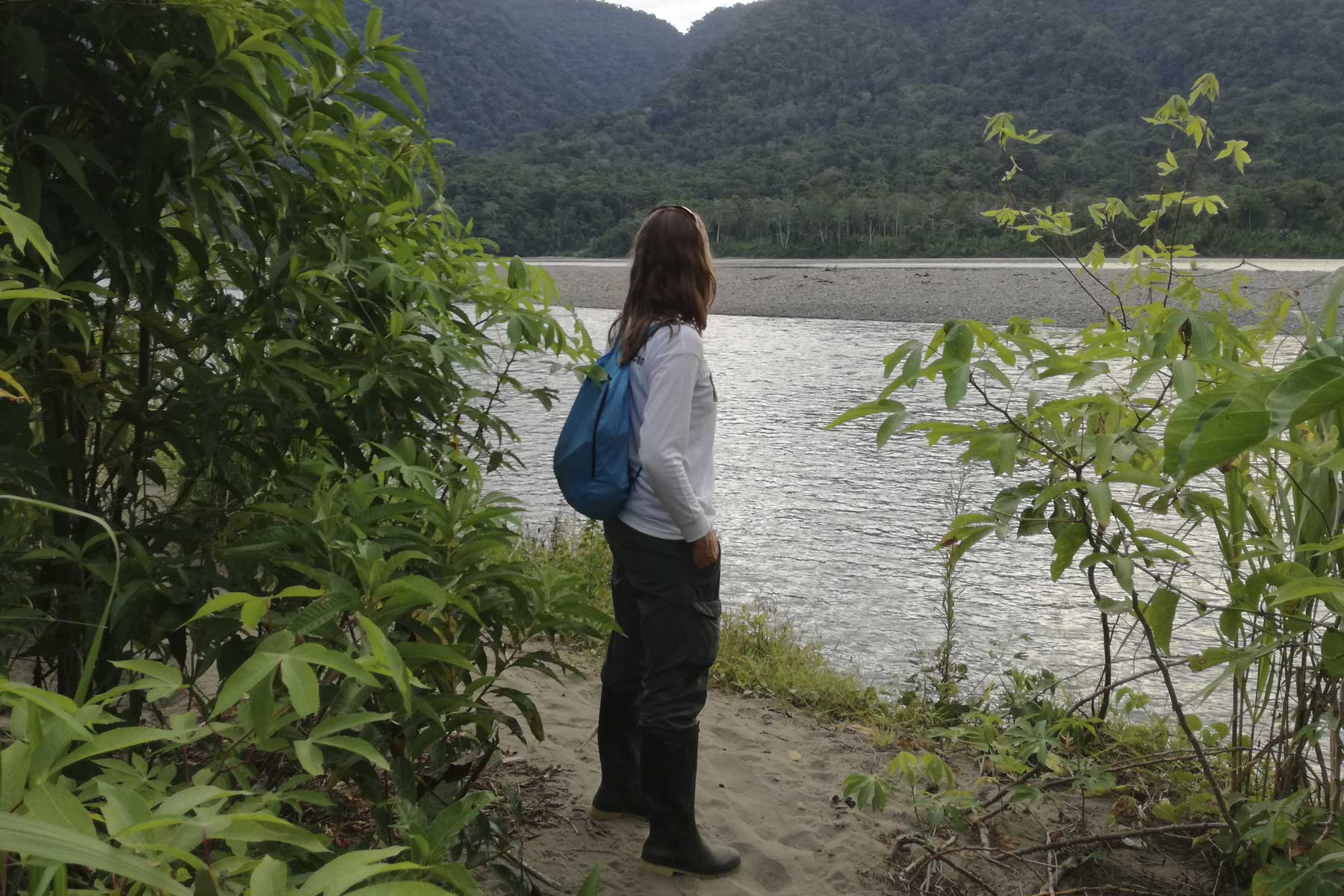 Through rivers and trails into the jungle.

The national park is between Cusco and Madre de Dios, and boasts the greatest biodiversity on the planet. The landscapes are incredible: silent rivers, mirrors of water hidden among lush vegetation, the sounds of birds. The flora is so abundant and exotic in the interior of the Peruvian Amazon.

One of the most interesting experiences was to enjoy all the environments  between the tropical lowland forest up to the mountains, at more than 4,000 meters above sea level (msnm). We did not suffer the soroche or altitude sickness, but just in case we had a Sorojchi Pills in our backpack.

We left in small but safe boats through the navigable rivers of the jungle and saw some native species such as the river wolves and the black lizard. When we were too high up river to continue by boat we walked through thick forests and camped under the stars.

Los collpas, The house of Macaws

One of the most beautiful spots on our journey was Los Collpas, a habitat for macaws and other endangered species. In Manu there are around 221 species of mammals such as the Jaguar, the black tiger, tapir, peccary, deer, capybara and the black spider monkey, among others. There are also many birds, among which are the jabiru, pink spoonbill, harpy eagle, jungle goose and cock of the rocks. The good thing is that in the park there is an extensive elevated path that has a platform through which we walk to observe the birds and the endless forest.

Another spectacular spot was the viewpoint at Tres Cruces from here you can appreciate the jungle from a macro scale. From here you can see from the forest up into the Andes.

Our next stop was the Tambopata National Reserve. It’s conveniently close Puerto Maldonado, where we planned to fly out from. We took another boat up the basin of the Madre de Dios River (you can also go along the Tambopata River) to enter the reserve. It has more than 270 thousand hectares.

The diversity of fauna is prolific: from toucans and macaws to monkeys and snakes. There are more than 1,200 types of butterflies, 632 species of birds, 180 of fish, 103 of reptiles, 169 of mammals and 103 of amphibians. Tambopata is a home for all these species, many of them in danger of extinction, such as: the yaguarundi, the puma, the jaguar, the ocelot or tigrillo, the margay, the river wolf and the otter.

Within the reserve is Lake Sandoval. It is a huge mirror of water of 127 hectares that we traveled in boats that the residents rent. We walk along the lake to Tambopata although you can also enjoy this place without entering the park.

Happy with our experience in the jungle near Cusco, we started our way back. Madre de Dios is an amazing and mysterious region, and is very close to the capital of the Inca Empire. 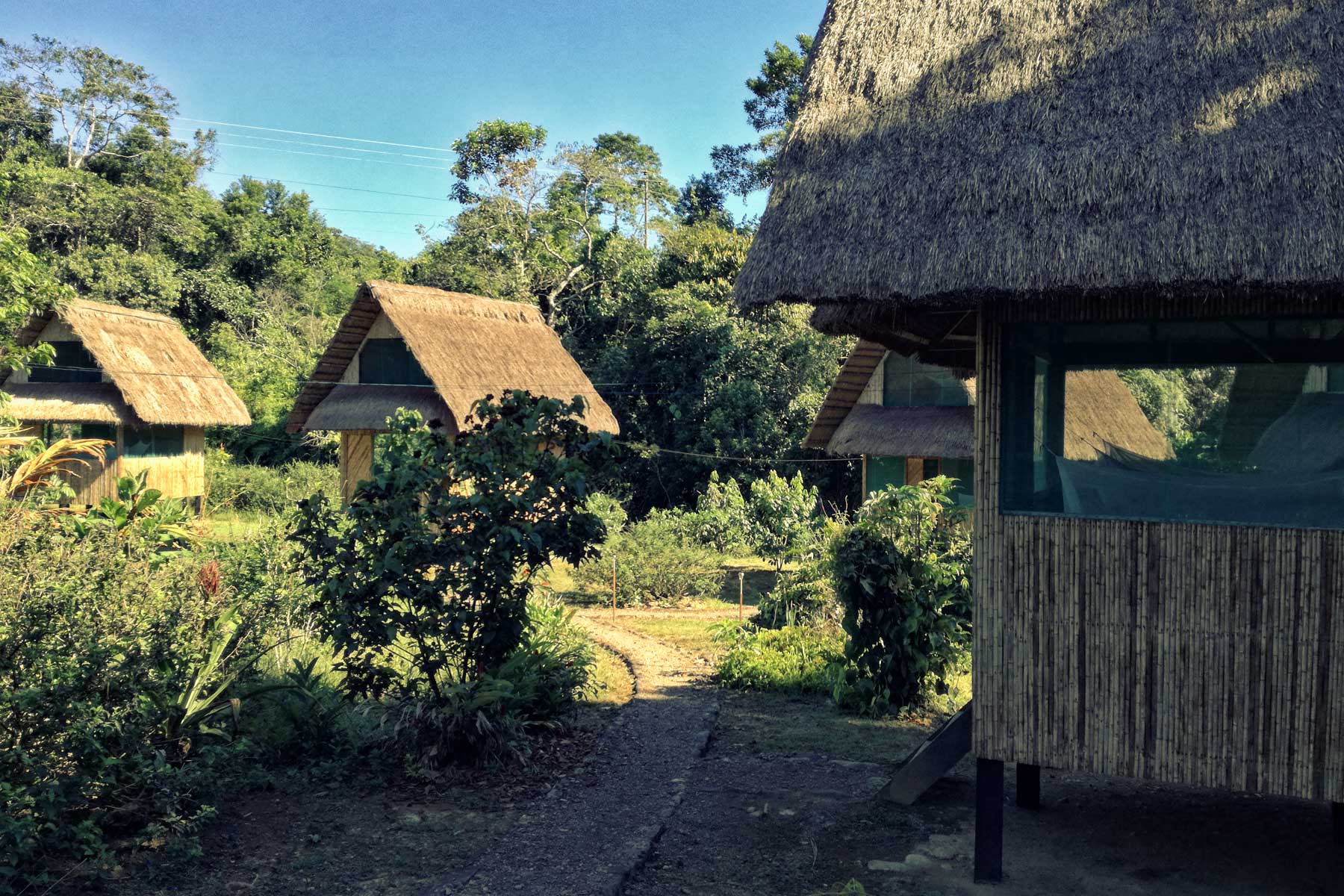